Does Vancouver repel creative people? This was the discussion of the debate held by Urbanarium City Debates on January 18, 2017 at UBC Robson Square. Yes, UBC has a downtown location – for those of you new to Vancouver like me. The stage was set – literally – and on the pro side was Sandy Garossino and Caitlin Jones; on the con side sat Mark Busse and Jane Cox. I had never seen this before. In small towns we don’t have gladiator style fights to the death on stage. The auditorium even had stepped seating, so if you squinted you could almost pretend you were in a colosseum. I couldn’t wait to see how intellectuals entered into battle.

The moderator – let’s call him the referee for the sake of my Northern readers – was David Beers, founder of the well-recognized online news source, The Tyee. After a brief introduction to the topic, David handed it over to the gladiators to give their two minute opening arguments, and then it was on. Gloves off. Hackles up. I’m exaggerating just a tad, they were all pretty respectful. But I could tell each side felt very passionate about their arguments, so it was left to the audience to decide the fate of creativity in Vancouver. 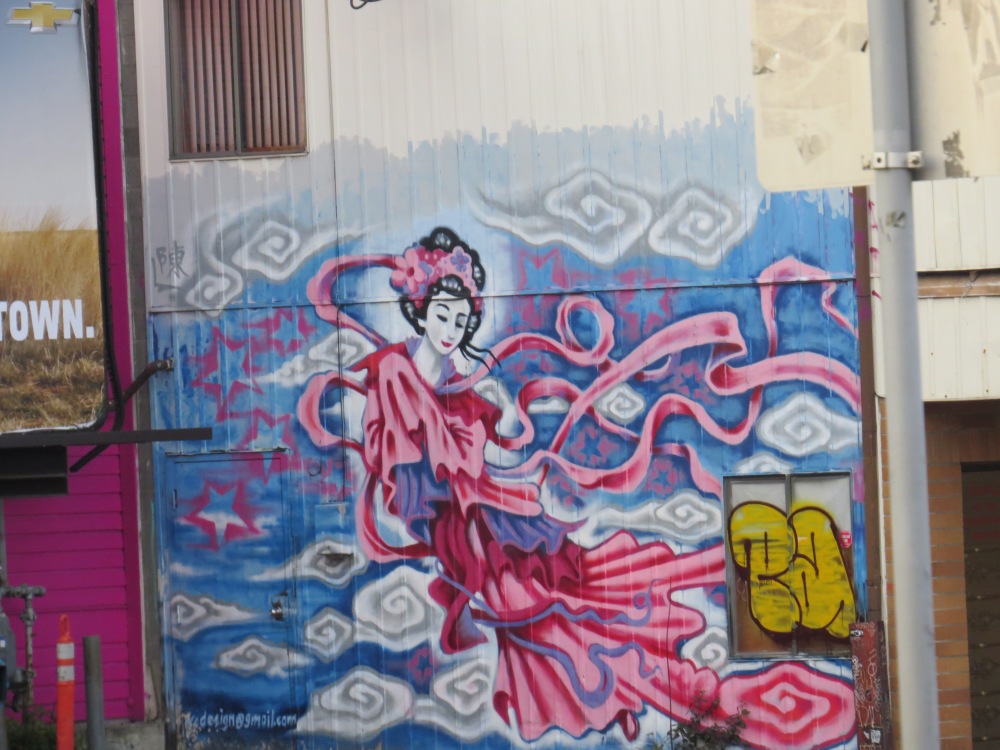 At the beginning of the evening each guest was asked to vote for either the pro or the con side in the debate. Did we think that Vancouver repelled creative people? Apparently yes, we did think that, and I was one of those who had voted yes. Hadn’t I moved to Vancouver in an effort to start working in the arts – my passion – only to find housing costs debilitating and commuting a complete bitch? I had, and so I felt compelled to vote yes, Vancouver does repel creative people.

Now, let’s fast forward to the end of the night. I know, you want to hear about the hitting and scratching, but I’m going to leave that to the imagination. The story I’m going to tell is my story. It’s the story about how I was re-inspired about Vancouver, not only its potential, but its alive and thriving creative community.

For the arguments presented by the con side see Mark Busse’s and Jane Cox’s articles on the debate. This CBC article presents some of the arguments on both sides.

If you’re a sucker for violence, watch the entire debate HERE

Also of interest is the argument of commercial vs. noncommercial creative people, which I’m not going to tackle in this post. Vancouver Metro talks a bit about it HERE. 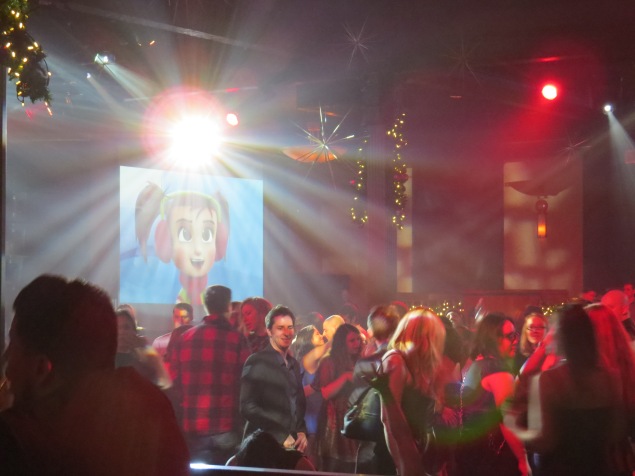 The days following the debate were full of big aha moments for me. As an introvert I sit in on conversations like a recorder. There is no processing, just taking it in for later. I can’t formulate ideas until I mull it over … and mull it over I did. For days. And days. And then I decided to write this so I could bother you, my readers, with it.

The first thing I realized is that it is specifically because of the challenges like high living costs and long commutes that I have achieved an incredible degree of success in my measure. I landed my first part-time position working with the art at the YVR Airport through pure perseverance. Paired with a part-time position at a great gallery, I had full-time work. Through economic necessity I was forced to leave the position with the gallery and eventually land a position with the YVR Art Foundation. I was literally  forced, thanks to the economic challenges in Vancouver, to find a better position, both in pay and in scope. So, in my case, the economic pressures of living in Vancouver have forced my creative hand.

Another thing I realized was that I have never run out of material for my art blog since starting it shortly after moving to Vancouver. In fact, I have driven myself half crazy trying to get to everything that sounded cool. There are at least 6 events over the last year and a half that I have attended and not had time to write about and far more that I never even made it to. Creativity – in so many forms – is everywhere here. Admittedly, I came from a small community so relative to my experience there’s a lot of everything in Vancouver, however, my argument still stands. If any one person finds a plethora of events about the things they are interested in, it follows to reason that the community is thriving.

Is there room for growth and improvement? Yes, there most certainly is. Creativity is not required where there is no need for growth, which is most definitely a state not found anywhere on earth. I know there is room for improvement because I scrolled through my social media feeds the night of January 21, 2017 and it brought me to tears. No, I didn’t attend the Women’s March in Vancouver. I’m not a rally kind of person, for no other reason than that I don’t like conflict, but I was disappointed in myself for not stepping up like millions of brave souls who did that day. And as I watched the faces and the signs and felt the quiet gentle statement that was made that day, I knew that I could not ignore my role in this any longer. This was not about me anymore, it was not about making a better wage, or having a nicer home, this was about what I came here to do, and if there was ever a moment that was predestined to be the one when I decided to step up in a real way, well, I know that this was going to be it. Do I have a choice? Not really. Creativity demands it, and once creativity is given a room in the home we call ourselves, it never again takes maybe for an answer. Creativity demands action.

So, my response to: “Does Vancouver repel creative people” is another question. Does the world repel creative people? How can it? The harder things get the harder creativity works, and the harder creativity works the greater our resilience. Yes, when creativity works hard, there is backlash. This is what we are seeing in the world right now. There is a serious backlash to the surge of creative energy right now. Creativity scares people because it is possibly the most powerful tool we can wield. Creativity taps into skills and wisdom that we don’t know we have, because it relies primarily on intuition rather than logic and on fluidity rather than structure. Creativity is coming out full force in the world and we can either get on board, or we can be scared of it and worry that we can’t rely on it to fix anything.

This brings me back around to the end of the battle to the death in the colosseum that night. As the room went quiet and we all pulled our phones out to vote once again, I found myself not only changing my vote to con, but I found myself excited to be living in a place with so much opportunity for creative growth. For possibly the first time since moving to Vancouver I felt like it was home and that it was time to make it the kind of home I wanted it to be. Step one: choose. Step two: take action. So my challenge to you is: embrace creativity … and may the force be with you.