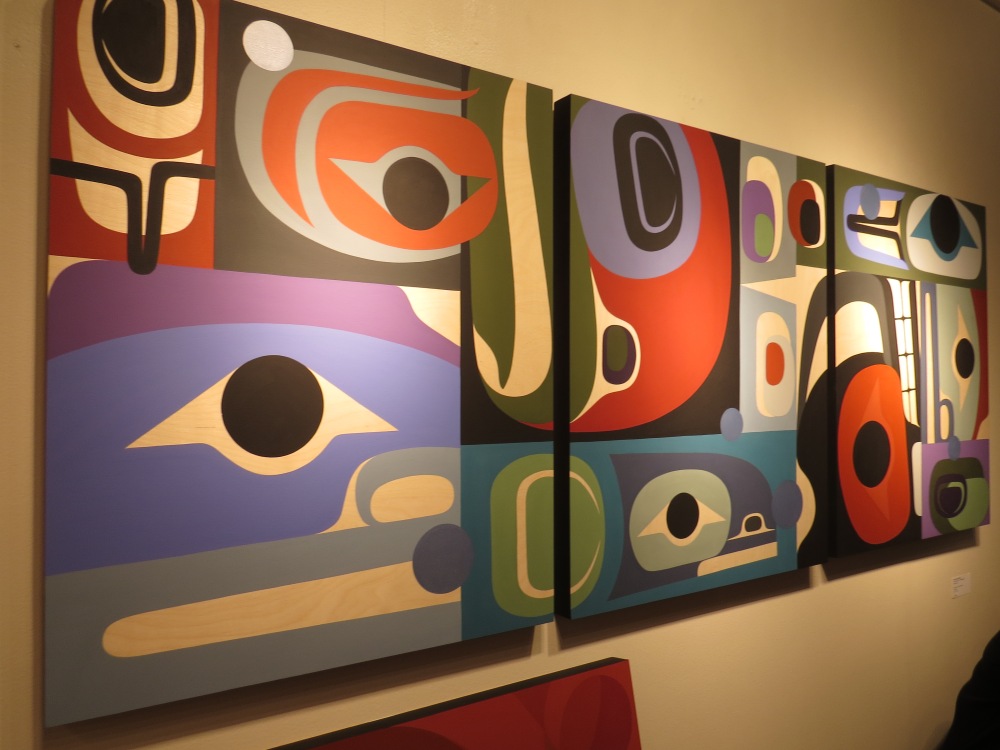 From the first time I saw Steve Smith‘s work at the Vancouver International Airport, I knew he was not a traditionalist. In a documentary by Fred Cawsey about the artist and the installations at YVR, Steve says:

“My interest isn’t really to do traditional native art … I’m trying to do native art in a way that people don’t usually see it.”

In Northwest Coast Art, formline is a term that refers to a set number of shapes that are stretched and formed around the other shapes in the art form to create semi-abstract representations of animals, humans and mythical beings that traditionally would tell stories and assert rights. Many contemporary artists still create art that functions in this context and most also create art that is part of the art market. Some art out in the market stays within the strict “rules” of formline, and some is more explorative. Smith has ventured out of the box and given himself the Freedom to Move in exploring where formline design can be taken. 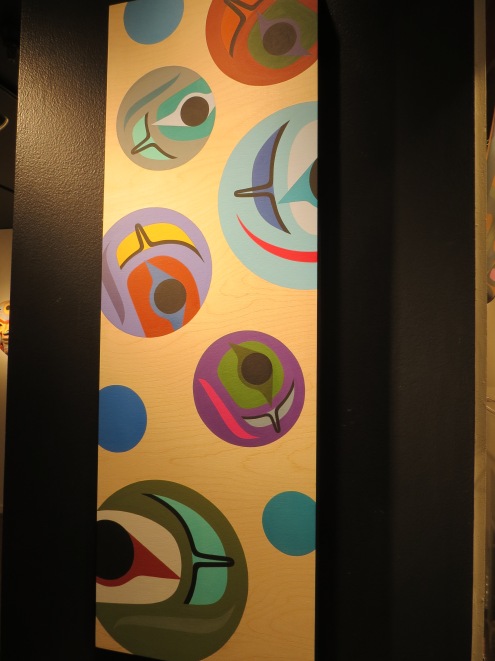 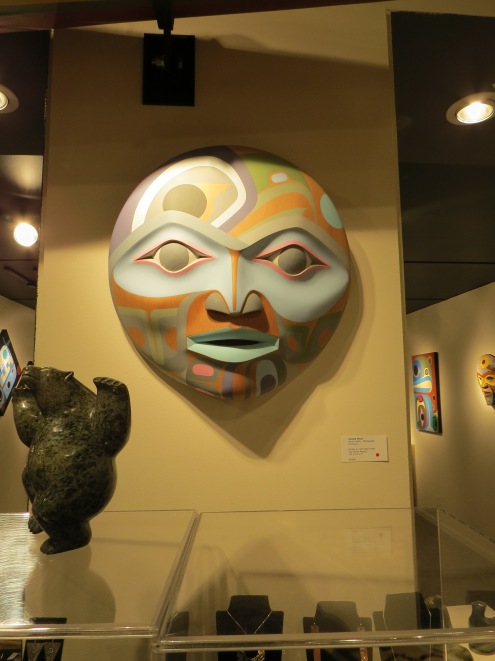 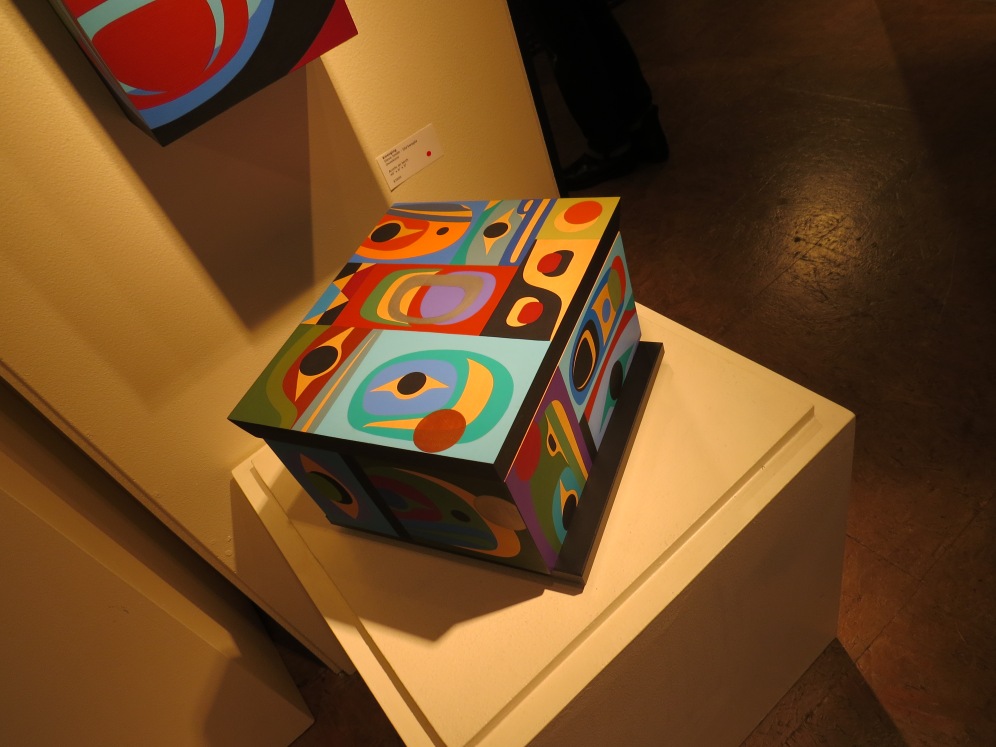 Last Saturday I drove down to Seattle to attend the opening of Smith‘s solo show at the Steinbrueck Native Gallery. It had been awhile since I had been across the border and an adventure was in order. The border guards, however, did not oblige with any drama, and I had to settle for getting a little turned around in downtown Seattle trying to find the gallery – in heels no less. But I eventually found my way and walked into a welcoming and lively Seattle art scene.

Spotting great outfits and fantastic shoes was just the appetizer. Of course I was there for the art, and after asking permission to take pictures from the friendly staff, I circled around the room several times looking for the best angles and sussing out the Seattle locals. I was not disappointed. The art was vibrant and engaging and I found myself, with my limited knowledge of formline, looking for where Smith was breaking the rules. Even the slightly more traditional masks were drawing a little outside the lines. The highlight piece for me though, was the painting inspired by Chilkat weavings. I love the reference to these powerful blanket designs and his edgy interpretation of it. 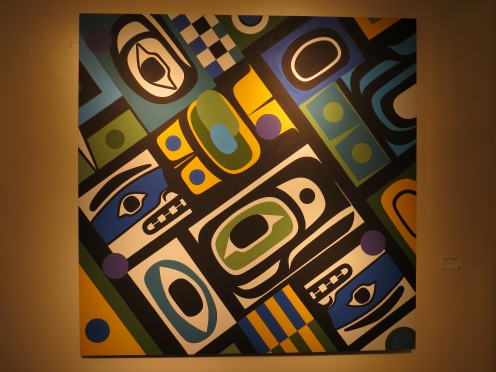 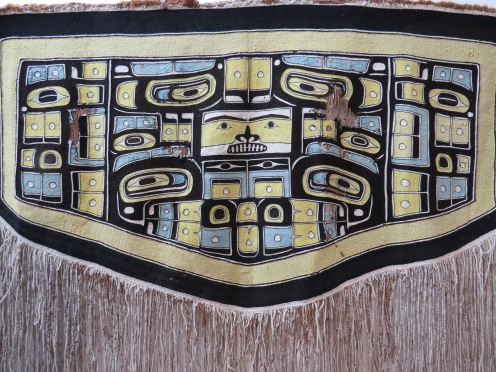 I stayed much later than I should have, trying to say a quick hello to the busy artist and get a photo for my blog. I was happy I had, however, because in the meantime I had a chance to talk to Elizabeth, the gallery owner (who I had met once only briefly), the gallery owner’s husband Matthew (who shared the background story of the gallery’s beginnings) and Nathan (the knowledgable and friendly staff member originally from British Columbia). 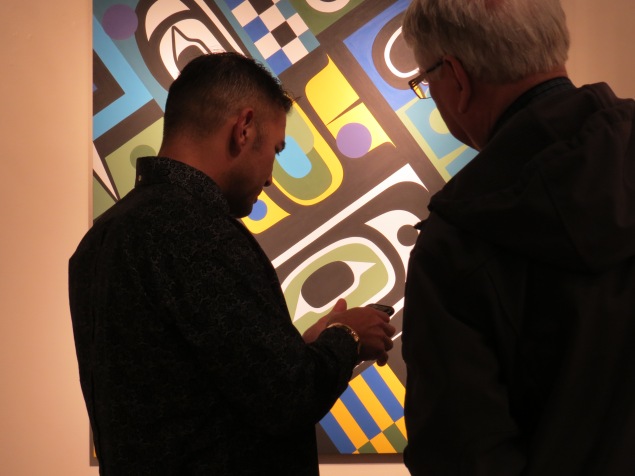 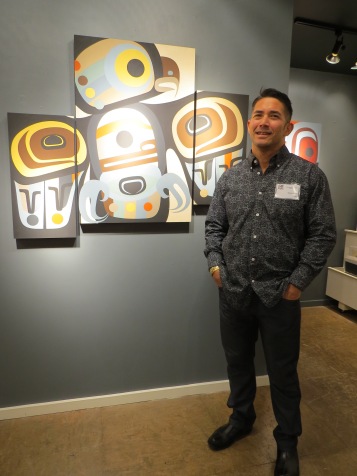 But my plans to get back across the border before midnight were thwarted by an invitation to join the artist, his family and the gallery owners and staff at the restaurant after the opening. If I didn’t know better, I would guess I was back up North in my little hometown where hospitality abounds. I was pleasantly surprised to find myself in Seattle and feeling right at home again. By 1pm I finally stumbled into my little bed in White Rock and fell asleep, feeling at peace with finding another little piece of home in an unlikely place. 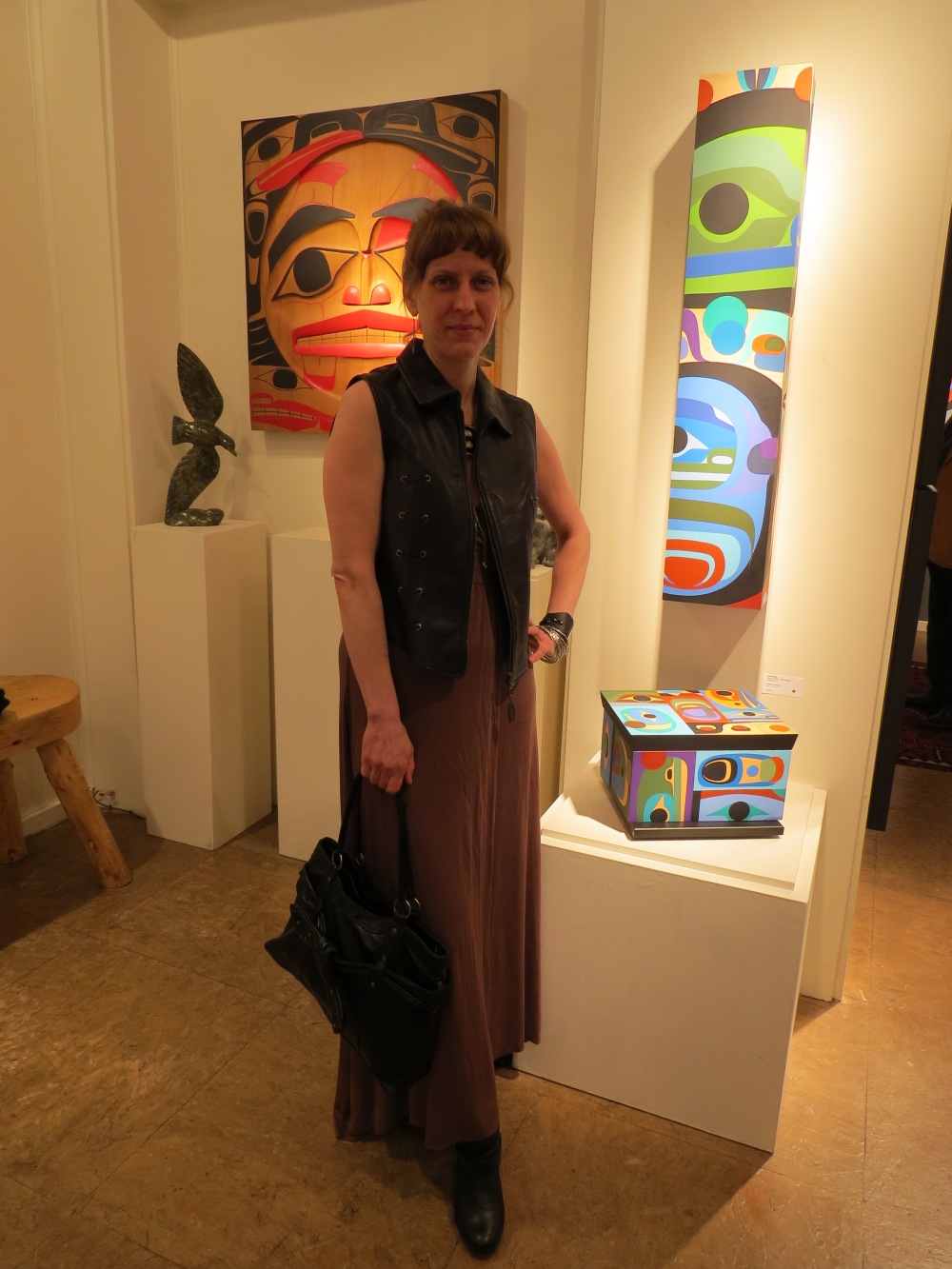 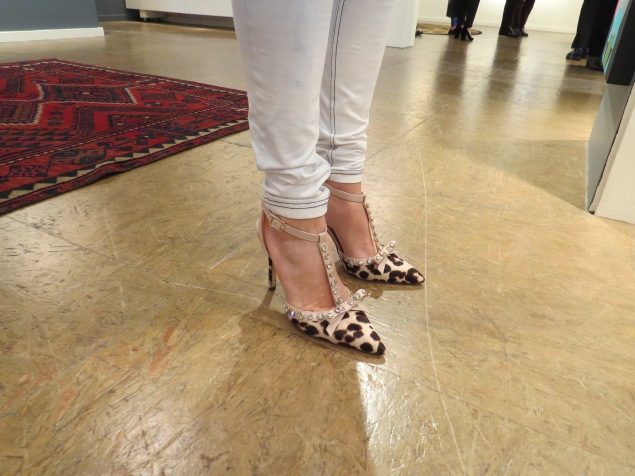 Some fantastic shoes I spotted!