Every little Canadian feminist recognizes the title of Robert Munsch‘s book about a Princess who rescues her Prince, only to find that he is ungrateful and horrified by her paper bag dress. I didn’t have The Paper Bag Princess when I was a girl, but I was pleased to come across this clever piece of feminist literature as an adult, knowing that other little girls would have the chance to be told a better kind of fairy tale.

When I came across the Paper Dresses made by the Design Formation students at Langara College, there was something magical about them that I couldn’t at first put my finger on. Many of them were beautifully constructed, with careful attention to detail and it was clear that it had taken a great deal of care to complete the designs. But it was more than that.

It had something to do with the fact that they were made entirely of paper – a disposable material. Paper is something we write on and throw away. It’s something that isn’t meant to last. A drop of rain, or a spilled glass of wine would be their demise, like Cinderella’s enchanted dress at midnight. But paper is also something we pour our hearts out onto. We write in journals, and we write love letters. We pass notes in class, and we craft feminist protest signs. Paper is power in our culture, because of, not in spite of, its disposable nature. 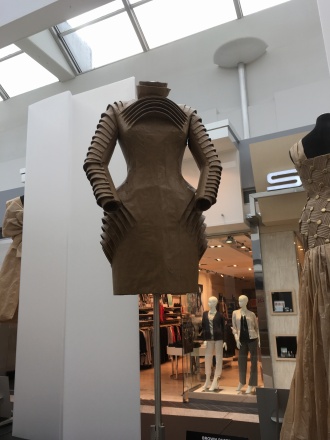 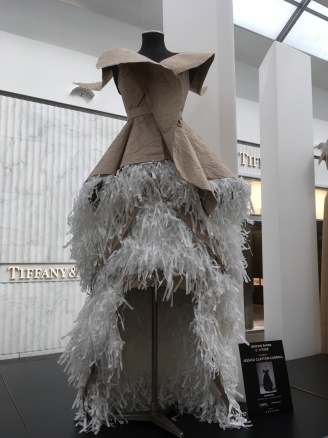 The Paper Bag Princess knew that her dress was temporary, but also understood that it was useful. No, it wasn’t exactly beautiful, but it was a tool that she could use to get what she wanted. Once she realized that her Prince was more of a toad than a prince, it occurred to her that he might also be a temporary fixture in her life. Her greatest achievement was not in her rescue of the undeserving prince, but in her ability to see the true nature of the temporary things in her life – whether they be a prince, or a paper bag dress. 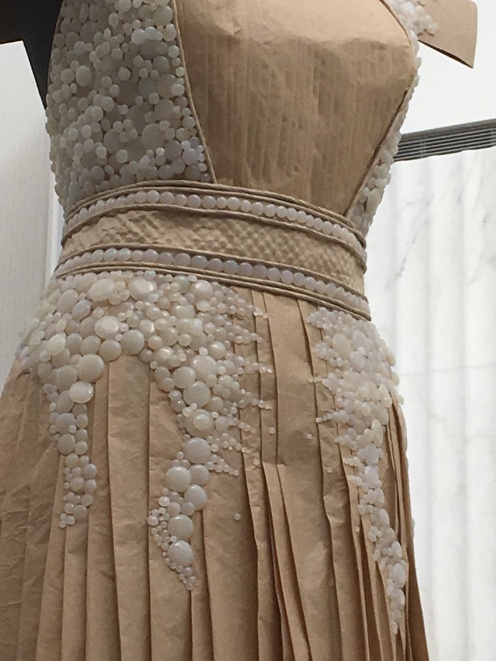